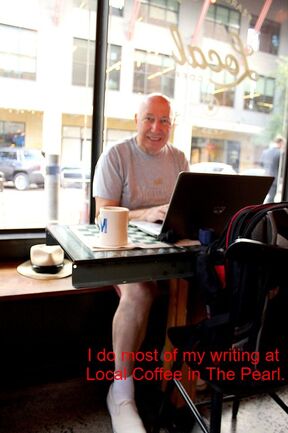 ​FREE SPEECH IS THE SINGLE MOST IMPORTANT FREEDOM

The Crisis
Jumpin’ Jack Flash, It’s a gas! Gas! Gas The Rolling Stones, 1968.
Climate change trumps every other issue confronting humanity. It is more important than the economy, religious passion, or who and how the power elite governs the world.
The earth absorbs and reflects radiant energy from the sun. The ratio of terrestrial retention to reflection through the atmosphere has remained stable for millions of years.
Various gases make up the atmosphere. Greenhouse gas is a term applied to those gases that increase the insulation effect of the atmosphere—that make the world hold heat. More greenhouse gases cause the planet to save more solar energy and reflect less. The result is warmer earth. Climate change is a product of increased greenhouse gases. 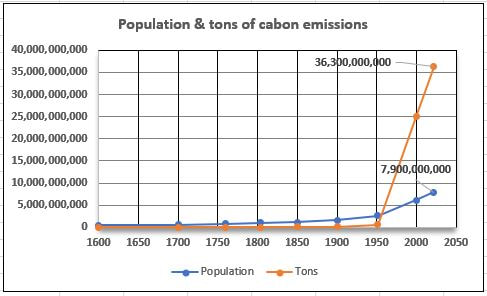 ​This trend is not sustainable. We are sleepwalking into disaster.
​     The planet would remain viable for humans if carbon absorption increased at the same rate as production, but it has not. 86% of land ecosystems have become less efficient at absorbing CO2. The Southern Ocean has increased its absorption rate but at the cost of making it more acidic with the consequent killing of coral reefs and shellfish.
The earth is finite. Unlike population or carbon emissions per person, it cannot grow. At some point, planet heating will make vast areas unsustainable for human habitation. Some places will experience devastating drought while others encounter catastrophic floods. Just ask Pakistan. Loss of crop-producing land coupled with an increased food-consuming population is a recipe for a humanitarian disaster.
I think most people know this. So, why can’t humanity organize to reverse it?
Just the facts, mam.
What is the difference between teaching and indoctrination? Or the difference between news and propaganda? The answer: The facts. I believe most people will act in the best interests of themselves and their tribe if they know the facts. None of us can witness all the events that shape our lives. We must rely on media to tell us what we need to know to make critical decisions. Control of the narrative is power over what we believe to be true.
Chief propagandist for the Nazi Party, Joseph Goebbels, understood this very well. He convinced millions of people to believe that Jews were subhuman. Likewise, Russian soldiers believe they are heroes by killing Ukrainians because that’s what Putin’s media tells them. Xi Jinping, Kim Jong-un, and the other autocrats exercise total control of the discourse within their area of influence. They prevent the average person within their realm from making responsible decisions by restricting access to facts.

​The First Amendment.
“… make no law… prohibiting… or abridging the freedom of speech, or of the press….” Free access to facts is necessary for rational decisions. This principle is the single most crucial element of a world order capable of action to maintain the planet’s human occupation.
Check out my book, THRILL CHASE, available on Amazon. https://www.amazon.com/dp/B08WS62CLN