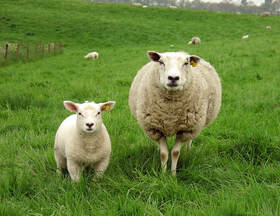 In 1659, when a group of English investors purchased shares in Nantucket, they set off homestead lots for each shareholder, and the rest of the island was held in common for livestock grazing. This was the Common and Undivided Land. Frances Karttunen.

​      I propose the concept of the commons as a compass for navigating the shoals of managing our collective capital—to keep us off the rocks. We are all marooned together on our little raft in the universe. The commons are the cultural and natural resources accessible to all members of our tiny boat floating through the cosmos including air and water. These assets, essential for our existence, must be managed collectively to ensure that we can all continue to survive on board.
What is a commons? An example would be a village green at the center of an agricultural settlement used for grazing or watering sheep in the middle-ages. Envision a village with thatched roofs and stone walls surrounding a green pasture with a watering hole—that today is probably a park. The community shared the responsibility for protecting the flock, maintaining the walls, and caring for the field to graze their individually owned animals.
Everyone in the village would know who owns which sheep. Profit from the sale of a sheep would go to the sheep’s owner. This system works so long as the consumption of grass does not exceed its ability to reproduce and feed the sheep grazed thereon. The grass can only support a fixed number of sheep eating at the rate sheep eat. However, the more sheep a person places in the village common, the more benefit he gets. In effect, a person’s near-term self-interest—income from the sale of a sheep—is at odds with the long-term interests of his community. Overgrazing causes the collapse of the flock and the loss of the grazing pasture.
The commons is village capital. Capital withdrawn faster than replenishment will eventually be gone. Known as the tragedy of the commons, a term coined by Garrett Hardin, it is an economic theory of a situation within some shared-resource system where individual users act independently according to their self-interest. If they behave contrary to the common good, their collective action depletes the resource.
Our planet is our most critical common. Failure to organize management of this irreplaceable resource is allowing individual users to act according to their self-interest, contrary to the common good.
Examples of inefficient and efficient commons management abound. Compare the fisheries of the Grand Banks off Newfoundland with that of the North Pacific Ocean off Alaska. The Grand Banks fishery is—was—arguably the most prolific in the history of man. After his voyage in 1497, explorer John Cabot’s crew reported, “the sea there is full of fish that can be taken not only with nets but with fishing baskets.”
This fishery continued to be sustainable for 400 years. The industry collapsed entirely in the early 1990s due to overfishing. In the summer of 1992, when the Northern Cod biomass fell to 1% of its earlier level, Canada’s federal government declared a moratorium, ending the region’s 500-year run with Northern Cod.
The North Pacific Fisheries Management Council is successful fisheries commons management. The Council actively pursues an ecosystem-based approach for fisheries administration in the waters off Alaska. The fishing industry in the North Pacific shares a philosophy of science, conservation, and sustainability. Deciding who gets to catch what, where, when, and how creates winners and losers, but the users accept the authority of the Council. As a result, the North Pacific fisheries off Alaska are sustainable.
The point is, fisheries stocks are an example of “village” capital. Such capital, if managed in the common interest, is sustainable. If not maintained in the common interest, it will collapse.
Folks, the world IS a village. For us humans, the terminal commons IS our planet earth, the ultimate village capital.

The atmosphere is a commons. We—all living things—draw from it. For centuries we have taken the atmosphere of our village (climate is an atmospheric issue) for granted. If it becomes over-grazed or over-fished, its usefulness will collapse.
Air pollution and greenhouse gas is an example of withdrawing village capital at the expense of the village. If we continue to pull out principal, our account will eventually crash. It is village capital that can no longer withstand our current rate of withdrawal. It is paramount that we organize ourselves so that our capital withdrawal rate does not lead Mother Nature to cancel our account. Mother Nature doesn’t care if we survive or not. She still has cockroaches, rats, and bacteria.
I like science. Science makes judgments about consequences from empirical data. If the data changes, science changes. Science does not care where the facts lead, only what the facts are as verifiable by experimentation.
David Wallace-Wells prepared a sobering analysis of the challenges we face called The Uninhabitable Earth. Based on the results of dozens of interviews and exchanges with climatologists and researchers in related fields, it reflects hundreds of scientific papers on climate change. He informs us, “The Earth has experienced five mass extinctions before the one we are living through now, each so complete a slate-wiping of the evolutionary record it functioned as a resetting of the planetary clock, and many climate scientists will tell you they are the best analog for the ecological future we are diving headlong into. Unless you are a teenager, you probably read in your high-school textbooks that these extinctions were the result of asteroids. In fact, all but the one that killed the dinosaurs were caused by climate change produced by greenhouse gas. The most notorious was 252 million years ago; it began when carbon warmed the planet by five degrees, accelerated when that warming triggered the release of methane in the Arctic and ended with 97 percent of all life on Earth dead. We are currently adding carbon to the atmosphere at a considerably faster rate; by most estimates, at least ten times faster. The rate is accelerating.”
Science is not politics. A well-informed public can take political action through democratic institutions based on what science tells us—facts, supported by data. Perhaps the most damaging aspect of the attacks on “the news” is the loss of consensus on what constitutes the facts. The media bears some responsibility for having confused reporting with entertainment—an emphasis on their opinion and projections rather than on verifiable truths. Nevertheless, pontificating politicians purporting an alternate reality is the most significant contributor to damaging the potential for the public’s resolve to act. Politics must support science, not the other way around.
Facts are not fixed. Facts are accepted truths within an operational model as verified with evidence. If new information comes to light that changes the model, then the model must adapt. However, when an overwhelming preponderance of the evidence indicates a portending cataclysm, we’d be foolish not to act on that data unless or until some new information is cause to alter our response.
An adequate answer to the degradation of the earth’s atmospheric commons requires global action. The issue is Globalism versus Nationalism. The post-World War II global order was a progressive inspiration that enabled the natural advantages of the United States to take maximum benefit of reduced trade barriers. A growing world economy meant a growing US economy. The EU, NATO, WTO, NAFTA, USAN (Union of South American Nations), AU (African Union), and the TPP (Trans-Pacific Partnership) are substantial advances toward limiting sovereignty of individual nations in the regional interests of village capital.
Unfortunately, the anti-globalism America First posture is the antithesis of the action necessary to address over-grazing of the atmosphere. Withdrawal from the Paris Climate Accord, abandoning the Trans-Pacific Partnership, labeling NATO obsolete, attacking the North American Free Trade Agreement, reducing support for the United Nations, and increased tariffs are the exact opposite of the policies necessary to bring us together to address common capital issues.
Policies that move our species away from the global ability to respond to overspending collective capital threaten our village. People who support those policies threaten our civilization.
Our most fundamental impulse is to survive. People who behave counter to the long-term interests of civilization are the enemies of our children. Perhaps the concept of the commons offers a compass needle steady enough to help those who have lost their way navigate back toward the channel—to make the choices necessary for continued existence. It is my hope they will join those of us who would like humans to act as is essential to manage our common capital and ensure our survival.