​ I retired in 2016 and started writing a novel that I would like to read. It’s a time-travel piece to the 18th-century Mediterranean Sea, an age of wooden ships and canvas sails. 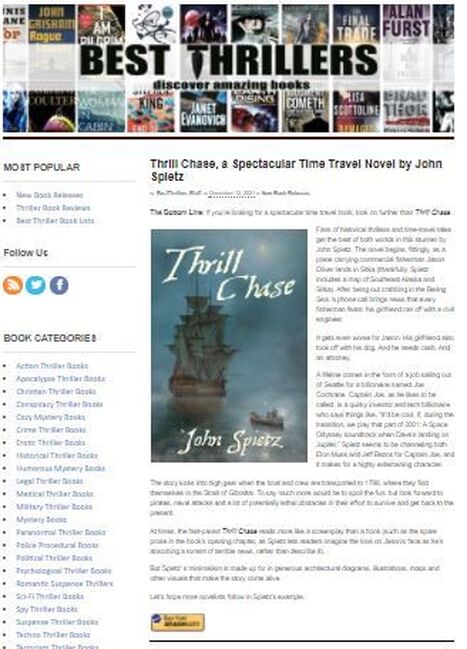 Fans of historical thrillers and time-travel tales get the best of both worlds in this stunner by John Spietz. The novel begins, fittingly, as a plane carrying commercial fisherman Jason Oliver lands in Sitka (thankfully, Spietz includes a map of Southeast Alaska and Sitka). After being out crabbing in the Bering Sea, a phone call brings news that every fisherman fears: his girlfriend ran off with a civil engineer.

It gets even worse for Jason. His girlfriend also took off with his dog. And he needs cash. And an attorney.

A lifeline comes in the form of a job sailing out of Seattle for a billionaire named Joe Cochrane. Captain Joe, as he likes to be called, is a quirky inventor and tech billionaire who says things like, “It'd be cool, if, during the transition, we play that part of 2001: A Space Odyssey soundtrack when Dave's landing on Jupiter.” Spietz seems to be channeling both Elon Musk and Jeff Bezos for Captain Joe, and it makes for a highly entertaining character.

The story kicks into high gear when the boat and crew are transported to 1798, where they find themselves in the Strait of Gibraltar. To say much more would be to spoil the fun, but look forward to pirates, naval attacks and a lot of potentially lethal obstacles in their effort to survive and get back to the present.

At times, the fast-paced Thrill Chase reads more like a screenplay than a book (such as the spare prose in the book’s opening chapter, as Spietz lets readers imagine the look on Jason’s face as he’s absorbing a torrent of terrible news, rather than describe it). But Spietz' s minimalism is made up for in generous architectural diagrams, illustrations, maps and other visuals that make the story come alive. Let’s hope more novelists follow in Spietz’s example.

August 27. 2021
Today Thrill Chase became available in Audio from Amazon for $21.83. You  can hear the trailer for free. 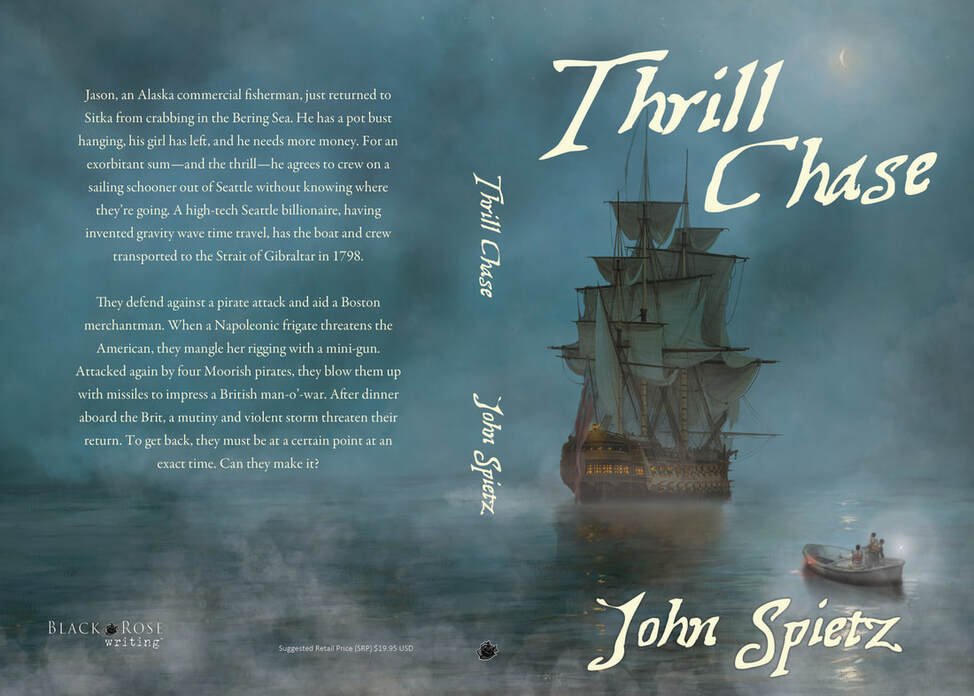